2020 has been quite the apocalyptic year, a challenge to almost everyone on Earth to some degree or another. You know it’s bad when giant Murder Hornet nests traveling across the ocean to invade new areas is only a blip on the radar. (Okay, they’re really just called Asian giant hornets, but the dramatic name is more fitting for 2020.) It’s almost hard to believe that the Australia wildfires happened this year. And in light of the events in America later in the year, it’s hard to believe that any of the major political or geopolitical news stories of January were even in this same decade.

And then there’s basically the whole United States West Coast that was engulfed by wildfires. And can we forget that the Americas also experienced a record-breaking Atlantic hurricane season? (I mean Hurricane Iota? We’re nearly half way through the Greek alphabet by that point!) More locally, my little corner of San Diego experienced bad air of our own right too, in addition to the wildfire smoke–and the spooky orange skies that it created–as an insanely long lasting red tide from an algae bloom occurred over the spring which, while not so major in the scheme of things, just seemed so fittingly 2020. Bioluminescent waves are nice and all, but that smell blanketed the city for months. We here were also all on edge, and plugging our noses, as we watched the U.S. Navy ship Bonhomme Richard billow out smoke smelling of burnt plastic as the ship burned for days. But that is nothing compared to what was experienced by Beirut and the devastating explosion at their port this Summer. And the list, sadly, goes on.

But what dwarfed all of this for the whole planet, of course, is the COVID-19 pandemic, putting life on hold and being a huge stress as everyone has been trying to fend off its dangers, only now with hope appearing on the horizon.

And now, after this crazy year, here we are at the end of it. And I decided to try and find a way to commemorate it in a way that is more lighthearted and fun. So I created an “I SURVIVED 2020” t-shirt on Zazzle, if you are so interested. And if you buy one, I get a couple bucks in royalties from the sale. The front is the text “I SURVIVED 2020” with the second “0” designed as a face mask, and the back is an illustration I made of a Murder Hornet in flight. Enjoy! 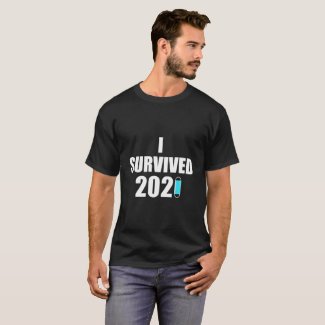 This entry was posted on Thursday, December 31st, 2020 at 12:34 pm and is filed under Designs and Projects, News. You can follow any responses to this entry through the RSS 2.0 feed. You can skip to the end and leave a response. Pinging is currently not allowed.

Every project I take is special, and every design I create is unique. Everything from a project's scope to the purpose of a design can influence how much a project will cost. As a result, I haven't set any fixed prices for websites, logos, or other design materials.

I understand that you want to know what to expect price-wise, and so I have compiled this information for you:

To get a better idea of how much your project will cost, just request a quote! The quote is one thing that is always free.

I donate a percentage of all income I make from my work here to charity. So you know that when you purchase a service from me, be it anything from a large website project to a basic business card, you are also helping a good cause.